Analysis of the courage to rise in the off-season

Recently, there has been a strange and interesting phenomenon in the market. Gold began to envy selling steel for a simple reason. Since April this year, gold prices have been falling, and almost at the same time, steel prices have been soaring like chicken blood. But entering June, July and August, I thought that weak demand would be a stumbling block to steel prices during the off-season of consumption, and the market trend in full swing was unexpected by most people in the market. What is the reason? Steel prices in the future is up or down, and how to deduce it? Let's do an analysis and exchange.

The reason why steel prices are strong is traced back to the policy of "de capacity" which was vigorously implemented by the state last year. Last year was the beginning of the steel industry to capacity, as the saying goes, "everything is difficult to start", from the actual effect, not without reason. Last year's capacity reduction effect was lower than the market expected, mainly because of the high profits of steel enterprises, and in order to maintain a considerable profit, most of the steel enterprises through the corresponding technological upgrading to improve their capacity utilization, making the effect of capacity reduction. The results show that the actual impact value of crude steel output in the heating season of 2017 is only 1250-14 million tons, which is far from the expected impact target of more than 30 million tons. 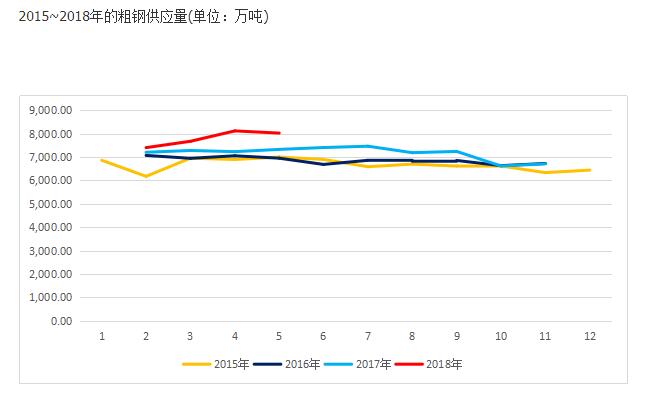 Last year's rise in steel prices benefited from the rectification and removal of "strip steel", while this year's January and February heating season production limit government from the people's livelihood point of view, efforts to relax. On June 20 this year, the State New Office issued a three-year plan of action to win the Blue Sky Defense War, fully confirming that the task of environmental protection and production restriction is an important national policy. Only when it is carried out, there is no past tense.

Looking at this year, the implementation of environmental protection limited production is constantly increasing. In March 15th, we launched the "starting gun" for environmental monitoring this year. This year's environmental production restriction time is also relatively early, Tangshan region began large-scale production restriction in August, exceeding market expectations. According to statistics, the average daily output of Tangshan limited crude steel output is 7~9 million tons. Although Xuzhou resumed production one after another after the environmental protection limit, the rate of resumption is still relatively slow. The average daily hot metal output brought by the resumption is only 25,000 tons. Comparatively speaking, the influence of Tangshan limit is far greater than that of Xuzhou. According to the comprehensive calculation, the impact of limited production on crude steel output in August is about 2 million tons. In addition, an important area can not be ignored is the Fenwei Plain in China, with a total capacity of more than 40 million tons, most of which are building materials. If the next target of limiting production is this area, then the impact on the supply side of building materials will be greater in the later period.

From the supply side of the electric furnace, we can see that there will be about 15 million tons of new capacity put into operation at the end of the electric furnace this year, but this amount is far less than the reduction of blast furnace capacity brought about by environmental protection. Considering that last year was the first year in which steel profits rose sharply, there was still much room to tap into the output at that time. At present, the supply of crude steel is at the high level of the ceiling, the utilization ratio of each link has been at a high level, the excavation space of the output is not large, and the impact of environmental protection on steel prices will be gradually fermented and reached this year. Peak. At present, the blast furnace and converter are basically in full production, once the production limit, will soon have an important impact on the supply side. Up to now, the normalization of this year's production limit will make the productivity utilization rate of blast furnace lower than the same period last year for a long time. Therefore, as far as the supply side is concerned, this year's supply will always be in a tight state, steel inventory to maintain a low level, and thus will always have a strong support for steel prices. 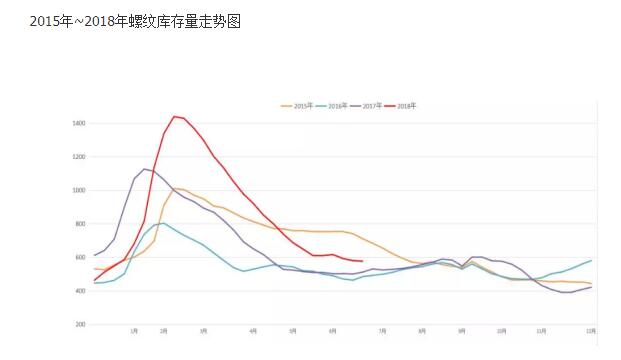 Let's look at the demand side. Before we talk about demand, let's review a set of economic data. According to recent data released by the National Bureau of Statistics, China's GDP in the second quarter increased by 6.7% year on year, which was flat to the expected 6.7%, slightly lower than the previous 6.8%. For the fourth consecutive month in June, the value-added of industries above scale fell short of market expectations. Investment in fixed assets in cities and towns from January to June was 6% year-on-year, a record low since 1995. The growth rate dropped by 0.1 percentage points from January to May, and the PMI (China Manufacturing Purchasing Managers Index) fell by 51.2% and 0.3% from 51.5% in July. A percentage point. Through the above data can be found that although some economic data have a slight decline, but the overall stable operation in a reasonable range, macroeconomic resilience is still strong, but also reflects the slowdown in infrastructure and real estate investment, dragging down the steel demand in the first half of the year. Against the background that the Sino-US trade war is still going on, the external environment is full of uncertainties. The state takes the situation into account and makes wise decisions, and then promotes the sound development of macroeconomic stability through moderately flexible fiscal and monetary policies. Especially in the case of unrestrained real estate regulation, it promotes economic growth by promoting domestic demand and stabilizing infrastructure. Economic vitality.

Therefore, although the current market is in the traditional midsummer off-season, the toughness of the demand side of low inventory superposition still forms a strong support for steel prices. Although affected by the real estate regulation and control policy, the new housing construction situation is still good. At the same time, we also see some favorable demand factors in the shanty reform. For example, the main role of monetization of the past shanty reform is to remove inventory, and the current physical resettlement of the shanty reform will accelerate the start of construction, construction, and the demand for steel products will also be formed. Strong support.

To sum up, as the state pays more and more attention to the protection of the ecological environment, and regards the construction of green mountains as a firm goal at present and even in the medium and long term, the future production restriction of environmental protection will be normalized and tightened, the supply side will maintain a state of moderate contraction and tight balance, and the steel price is expected to be pulled by the stimulation of capital construction investment demand. While maintaining a strong volatile trend, we also need to be aware of the progress of Sino-US trade and the uncertainties generated by the market disruption.